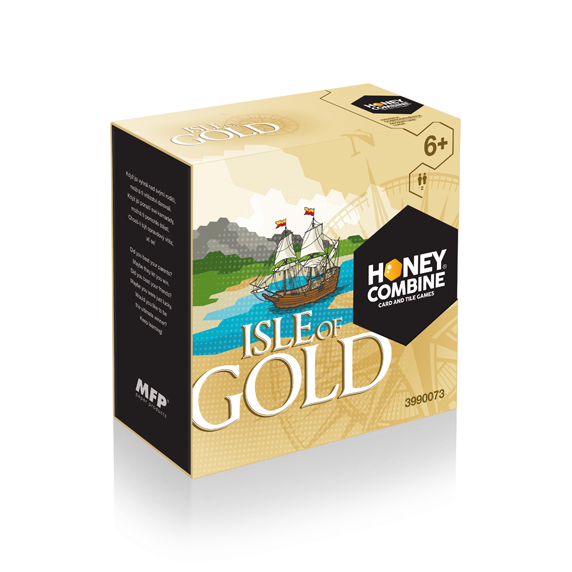 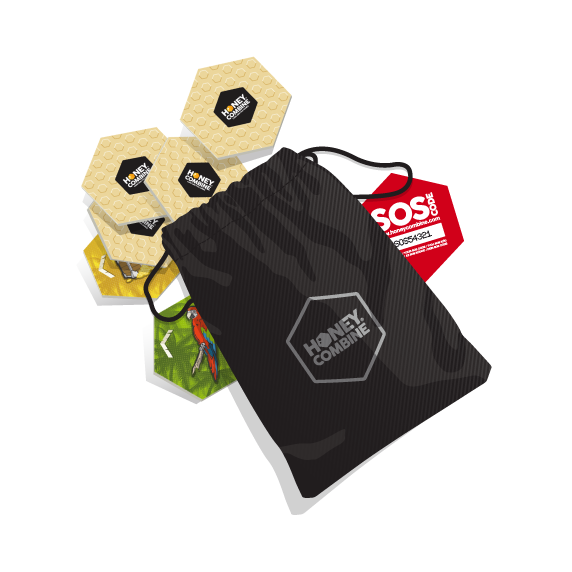 A cursed island... So many explorers have yearned to discover its secrets. They say that Captain Kent hid three chests of royal treasure there to protect it from pirates. However, according to the legend, this place is way too dangerous and even the bravest seeker will need tons of luck to succeed.

Before starting the game ISLE OF GOLD, both players choose a tile with the picture of a ship. The remaining tiles are then shuffled and placed face down on the playing surface forming an island of any shape. There should be big enough gaps between the placed tiles to allow the players to flip them over easily. All the fields (tiles) forming the island must have at least one of their six edges adjoining another. The players must not know which pictures are on any placed fields.

Now the island has been discovered and the game can start. Each player places his ship tile so the arrow on it points to a field where he wants to go ashore. The players then decide or draw who goes ashore first. They then take turns. One turn consists of flipping over a tile, reacting to its symbol and rotating the tile so the arrow points to an adjoining field where the player wants to continue in his next turn. If a player cannot continue to another field due to a symbol on a flipped tile or when a road is closed or it reaches a dead end, the player must, in his next turn, move his ship tile to another unexplored field on the island. Moving the ship tile is also considered to be a turn. The winner of the game ISLE OF GOLD is the player who first manages to overcome the challenges of the island and first discovers two of the three treasure chests of gold.